Tennis & Padel Piper's Club has been 56 years offering our services to our clients. Their loyalty and confidence speak worlds about our guaranteed customer satisfaction.

Tennis started in the United Kingdom at the end of the XIX Century. Today is one of the most played Sports in society. At a social level, playing tennis allows people to be introduced and at the same time discover different aspects of the game. At a competitive level, tennis requires the player to maintain a high level of concentration where one can be aware of their own limits. Tennis is a sport which is both physically and technically demanding but at the same time it allows good moments for having fun.
In the last decade, padel has become one of the upcoming Sports with more success. However, it is still unknown to most of Europe. The key for its growing success has been the facilities in the game, this sport doesn't require a high level of technique to play and it attracts everyone who tries it. Is the perfect sport to enjoy with friends. Fitness wise, Padel provides players with great endurance and a good coordination of both arms. 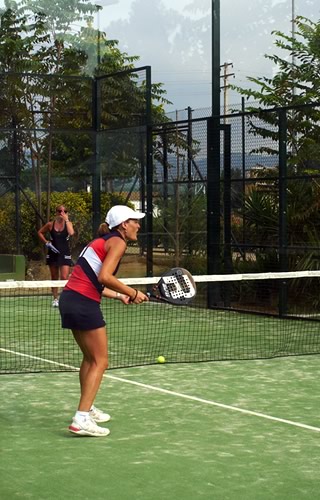 The club has two padel courts. One with a double side entrance with closed doors and the other with open doors where players are able to go out of the court to hit the ball.

You will be able to play your favorite sport surrounded by a wide varitey of mediterranean vegetation such as Cork trees, pines and over a 100 year old Olive trees. 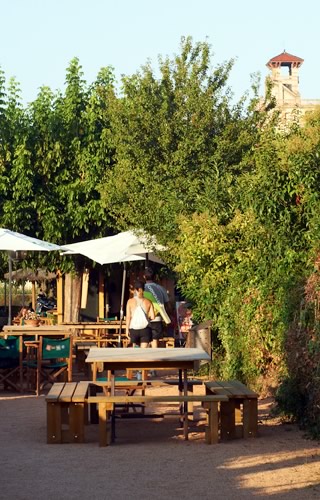 At our tennis and padel school eveyone has lots of fun. We implement lessons for every age; Group lessons as well as Private lessons.

The club up to date